The weekend is timely for the final preparations. Go to the Air France desk to buy two baggage allowance, buy a camera, check the baggage weight, add a pack of “foie gras” (A minimum anyway …), doing our own small travel bag and a good rest this weekend before shipping.

Our driver from the airport is our faithful friend René, Thank you …

Preparations are well underway. Christopher and Eric will form the tandem of the mission in Ecuador. It takes the same and start again !!!

Curly packages are : 5 bags of 23 kg in the hold more 4 additionnal baggages allowances. More than 175 kg of hikking shoes (Size 36-40) and new clothes (Baby size to 16 years). Thank you to the Quechua society for their generosity.

Upon arrival in Quito, we are expected by Sister Teresita and his driver. Towards the village of Flores, at altitude 3600 m.

Last info : The Indians are building a bakery in the village. They hope on the knowledge and skills Christopher’s to help them. 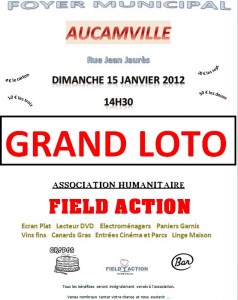 After 10 days on Bali and Java Islands, we return with the satisfaction of a job well done. The objectives of the mission were met and even exceeded. The reception of the minors and the local population was just amazing. Personally, I had never seen such extreme working conditions. These “little guys” carry between 80 and 115 kg of sulfur per day on their backs in bamboo baskets. They found the sulfur in the crater floor (Kawah Ijen Volcano). It flows naturally from the walls of the volcano equipped with pipeline, at its output and in contact with air, it solidifies. At that time, the miners break it into pieces with a crowbar, facing their own courage thick smoke and toxic gas. They fill their baskets and go up the slopes of the volcano as donkeys loaded. Each kilogram of sulfur will be paid 625 Rupees or 0.05 Euros … No comment!

Field-Action on road to Indonesia. More informations from our expected return on November 22.

Latest information before leaving Thursday, November 10 at 17:15. The 200 pairs of shoes have already left by truck to Amsterdam via Charles de Gaulle. We should take the same flight Thursday evening to Denpasar (Bali). After 20 hours of travel, my contact Balinese (Toy) will be waiting at the airport to take us to our hotel and especially for a first debriefing concerning customs formalities for cargo. We will pick up packages of shoes in the morning on Saturday. We will take the direction of Banyuwangi (East coast of Java), after 3 hours driving and  1 hour by boat. And here I will find Asep (My contact on Java) without whom nothing would have been possible.

The association was created 6 months ago, thanks to you and your generosity.
After six months of devoting so much energy and faith to this project,
we are pleased to announce  our first mission on the field.
For more information please see the “missions” tab.

The first mission of our association is to bring hiking boots to minors in a sulphourous volcano  (Kawah Ijen) in the far east of the island of Java in Indonesia.
Nearly 200 pairs are ready to go, we hope to send them in autumn 2011.
We have planned further actions (find protective masks, socks).

Field Action Association was created on  April 1, 2011.
Its statutes were registered at the Prefecture of the Hte-Garonne April 26, 2011.
It is regulated by the non profit Associations 1901 law.
The association was published in the Official Journal of 7 May 2011.

One Response to News